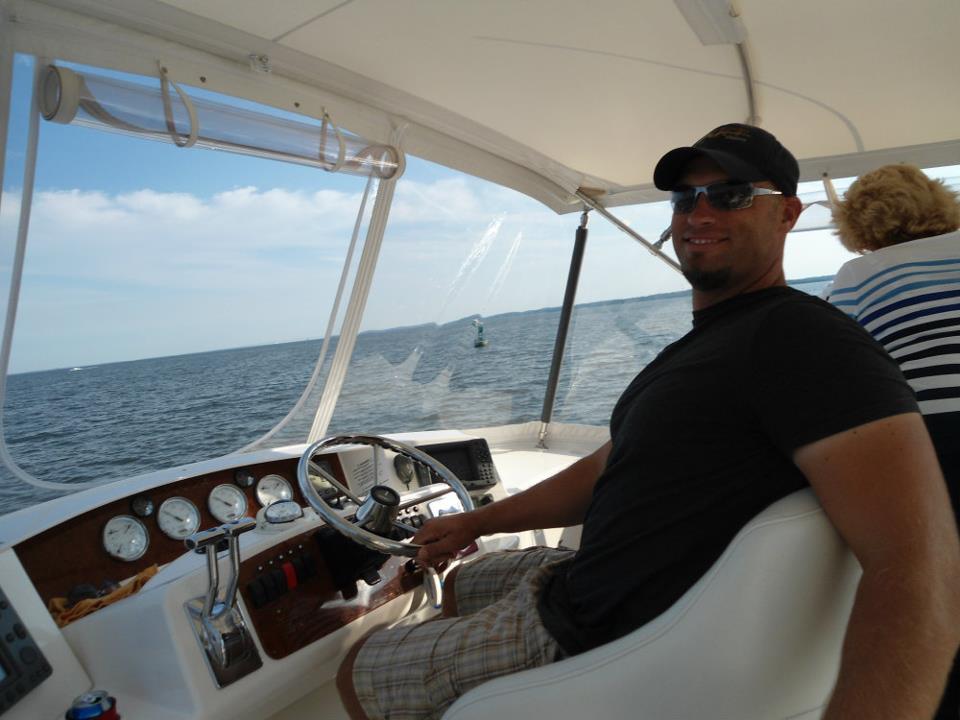 I was born in Elyria, OH in February of 77. At a year old, my family decided to move down to the Sunshine State and settle in Ocala. I grew up in Ocala just outside of the Ocala National Forest. I was raised fishing on the Ocklawaha River ever since I was a little kid. My grandfather was a long time guide on Rodman Reservoir, the River and on area lakes such as Orange Lake, Lochloosa, and Kerr Lake to name a few. Every spare moment that I had growing up, I tried to spend it on the water. I went to the University of Central Florida on a football scholarship. In between school and football, I found time to fish area lakes (Toho, Butler Chain, Conway…) with friends along with any golf course ponds or puddles I could find. The last two years of my college career I worked part-time as a fishing guide. After finishing up with school, I went overseas to Germany to play football for the summer months. Upon returning I continued working part-time guiding in the Orlando area until the following summer when I went to Alaska. I worked at Brooks Lodge in Katmai Nat’l Park where I worked as a camp assistant along with helping out as a river guide. Alaska as you probably know is known for its excellent fishery. I can attest to this; I had world class rainbow fishing only yards away from my cabin with brown bears wandering around to make it interesting. There we catch everything from the five different kinds of salmon to rainbows, char, grayling, pike, and lake trout. Currently I am guiding full-time in the Orlando Area for Big Largemouth Bass. I have also been fishing local tournaments since my freshman year in college.

Guide History: I have guided in the Central Florida since 1998. I guide only in freshwater and concentrate on fishing specifically for largemouth bass. I feel this gives me an advantage over those whose choose to split time between fresh and saltwater because allows me to stay on top of the fish when they move. I have also guided in Alaska from 2001 to 2008 during the summer months and was the head guide at Brooks Lodge from 2004 to 2008.

Education: I graduated in May of 2000 at the University of Central Florida in Orlando, FL. I graduated with a Bachelor of Science Degree with a minor in Psychology.